Plant medicine and psychedelics have been shown to have many therapeutic benefits with very few side effects.

They are currently being studied in everything from PTSD to depression to anxiety to addiction to healing past trauma.

They are being used at end of life with terminal cancer patient, in smoking cessation programs, and even in eating disorders.

On this episode we are going to be talking to none other that world renowned plant medicine and psychedelics expert Ian Benouis.

Ian Benouis, JD, is the General Counsel of Veterans for Natural Rights (VNR), a 501c3 dedicated to veteran healing and reintegration. He is a West Point graduate, former Blackhawk helicopter pilot, former US Army officer and combat veteran who participated in Operation Just Cause in the Republic of Panama the biggest operation in history directed towards the War on Drugs.

He has been healing himself for over 25 years with natural earth medicines, a spiritual practice, and as a student and practitioner of ethnobotany. He has organized and participated in numerous trips with veterans to Mexico, Peru and other locations for ethnobotanical healing.

His work has been captured in documentaries including From Shock to Awe and Soldiers of the Vine.

Episode 4: Ian Benouis on How to Optimize Your Life W/ Plant Medicine & Psychedelics

What led you to this work With Plant medicine and Psychedelics? (4:25)

I grew up in Hawaii where cannabis was decriminalized ahead of the dare program and meth epidemic that came in part from the cannabis suppression.

Went to West Point and flew black hawk helicopters in the army. Went down to Panama for Operation Just Cause which was a drug intervention operation along with regime change.

Go out right before we went to war with Iraq and Afghanistan.

Went to work for Pfizer at the peak of the pharmaceutical industry.  Went to law school. Did the corporate world. Raised a family.

I did a lot of plant medicine work after the Army and while I was in law school where I did enough work on myself to be a good father and husband.

6 years ago I met veterans at a cannabis event in Texas. The 1st event in Texas highlighting how cannabis was being used successfully to treat PTSD in Veterans .

And that’s when I started working with various plant medicines and psychedelics again to continue my own healing and through that support the healing of veterans and of everyone else that could benefit from it.

Listen to the show:

The Optimized Life
This show is about stories and strategies to help you optimize your health, your relationships and your business. We focus on keeping it simple and having fun.
Listen On Apple Podcast Listen On Spotify
14: Freedom Is a State of Mind
by Amy Guerrero

14: Freedom Is a State of Mind

In this episode, we’re talking about one of our favorite topics – optimizing your state of mind.

Even when we’re in this period when it feels like there’s so much happening beyond our control, we actually have the ability to take our power back.

Join us this week as we talk about our own experiences in creating freedom through shifting our inner states and share simple practices you can use today to start optimizing your state of mind.

Here’s what you’ll learn in this episode:

(2:23) How your emotions can stay consistent no matter what is happening outside of you

(8:39) The truth that no one taught you about feelings and validation

(17:03) Some of the simplest ways to optimize and get into flow state

(20:20) The power of what you’re feeding your brain – both through nutrition and the words you use

(33:50) One of our favorite practices for easily returning to your optimized state of mind

Our TOP 5 HACKS that will FINALLY Get You “IN THE ZONE” All Day everyday: https://www.jessjanda.com/theoptimizedlife

Send in a voice message: https://anchor.fm/theoptimizedlife/message 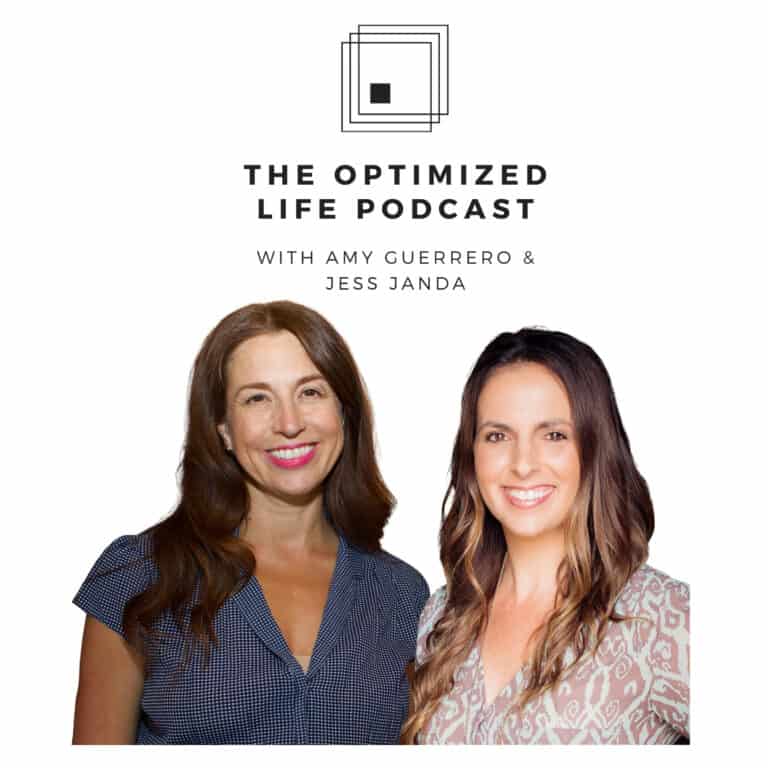 CLICK HERE TO DOWNLOAD the Optimized Life Toolkit and FINALLY Get “IN THE ZONE” ALL DAY, EVERY DAY!

How have you seen the attitude around plant medicine & psychedelics shift over the past 5 years? (8:38)

In one way, everything old is new again. We have been co-evolving and working with the cannabis plant for tens of thousands of years.

Its a recent phenomenon of the drug war and we are still fighting against it.

Cannabis has a government patent on it. Marinol is an FDA approved drug. And now of course we have hemp with the Farm Bill. All these things are chipping away at the social stigma around this plant.

And psychedelics are right in tow with cannabis. MDMA and psilocybin are in phase III clinical trails with expanded access. Now there is no denying their efficacy.

The drug wars fed all this misinformation. DARE has really programmed people. Putting all the kids on Ritalin and Adderall. Or you are a high school football player and you get a shoulder injury and 6 months later you are a heroin addict.

These things are right through society and everyone is seeing that’s its not a pharmaceutical paradise out there.

And these plant medicines are tried and tested.

A high level overview of the most common plant medicines & psychedelics (13:30)

These plant compounds work on the epigenetics level of the dna. They are able to up or down regulate protein synthesis which is how people get that feeling of “defragging their hard drive” in their brain or “scrubbing every cell” effect in their bodies.

They also work on the receptor sites to reset those receptors in the brain taking away the compulsive or addictive behavioral patterning.

The fine line between self medicating and healing (18:39)

We create these false dichotomies. Why is recreational or re-creational a bad word?

We’ve made into a bad word because if we aren’t working hard, smoking cigarettes, drinking coffee and then blowing steam off with alcohol after work, we aren’t contributing to the american dream.

All medicine use is self medicating. Whether its almond butter, pornography, TV, religion, sex … its all receptor biology at the physical level.

You are what you eat. Whether that’s good food, good vision, good people. If you are eating poorly that’s going show in your body. Often times people don’t recognize the importance of taking care of their original brain, the microbiome.

The Importance of working with a trained guide when using these medicines (23:20)

Guides traditionally have lineages going back thousands of years working with these plant medicines.

Having a guide provides a safe container to safely go deep, understand and process the experience.

Its crucial when working with these plant medicines to have the support structure to be able integrate it.

How plant medicine impacts the GUT microbiome and neurotransmitter production (25:23)

There is literally bacteria in there that have the pass codes to serotonin production.

That information is connected to the brain via the longest cranial nerve, the vagus nerve.

Conclusion: 80-90% of our mood and happiness is coming from our gut.

Until next episode, stay optimized ya’ll!

Where to find Ian:

Documentaries: Soldiers of the Vine, Shock to Awe

With every episode of The Optimized Life Podcast, we like to empower you with a POWERFUL FREE resource that you can download and incorporate into your life right away.

This week we’ve put together a resource called The OPTIMIZED LIFE TOOLKIT!

In it, we outline exactly how to zap brain fog and fatigue, optimize sleep quality, balance stress response and get your brain and body firing on all cylinders again so you can show up fully as the CHANGE MAKER you were put on this earth to be. 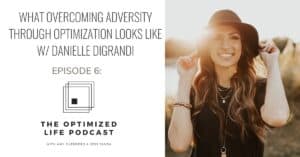 What Overcoming Adversity Through Optimization Looks Like with Danielle DiGrandi

In this episode The Optimized Life Podcast, we’re talking with Danielle DiGrandi all about what optimization looks like in real life after overcoming adversity.  If 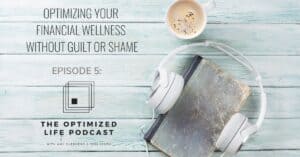 Optimizing Your Financial Wellness Without Guilt or Shame

In this episode The Optimized Life Podcast, we’re talking all about how to use this time to optimize your financial wellness without guilt or shame. 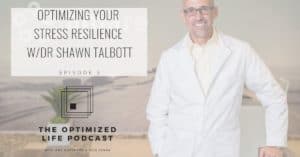